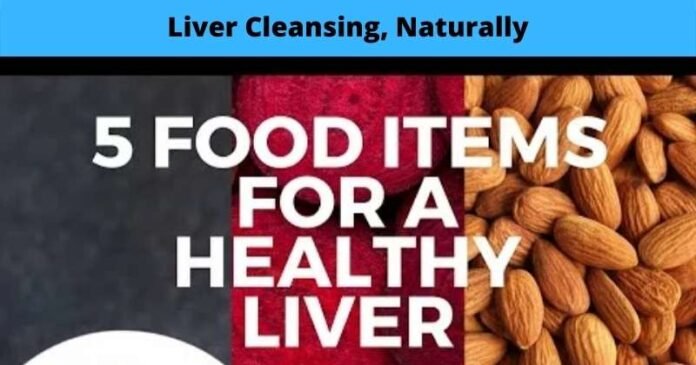 In an ideal world, we would avoid all toxins in an effort to support our liver function and be sure that it is operating optimally. But with so many of us consuming the SAD (standard American diet) and environmental toxins surrounding us, it is impossible to avoid all toxins in our everyday lives.

There are things that we can do to improve our diets and decrease the amounts of toxins that we consume. A good way to do this is to minimize or eliminate processed foods. It is also a good idea to add foods to your diet that will aid in cleansing your liver.

Beets
Beets are very effective at supporting liver function. They thin the bile and allow it to more freely flow through the liver and down into the small intestine. Once it reaches the small intestine, it metabolizes fats and stimulates peristalsis.

When the bile flow is enhanced, your chances of forming gallstones will be greatly reduced as well. Consuming beets can prevent and reduce the excruciating pain that can be experienced during a gall bladder attack.

It is always best to consume local organic beets if possible. By eating local and organic, you will be saving your liver the toxins that contaminate conventionally grown produce. The simplest way to prepare beets is to place them in a pot with enough water to cover about half of the beet and steam them whole over medium heat. They are ready when you can easily poke through them with a fork. Once the beets are done, remove the skin – which will easily peel off once the beets have cooled.

Cut the beets into chunks and add some flax oil and balsamic vinegar to dress them. They will keep for up to a week in the refrigerator. Three mouthfuls every other day should be consumed for the best effects.

Foods that are rich in sulfer are good liver cleansing foods. Some examples are garlic, onions, and eggs. It is also a good idea to consume foods that contain large amounts of fiber. These foods include: celery, legumes, apples, pears, oat bran and cruciferous vegetables such as broccoli, Brussels sprouts and bok choy. Cleansing spices are effective as well. Include licorice, turmeric and cinnamon in your diet.

Milk Thistle
Silybum marianum, also known as milk thistle, is widely known as an herbal liver cleanser. There is well documented research confirming the beneficial effects it has on the liver.

It can help the liver by preventing toxins from penetrating cells and repair damaged liver cells. It is a powerful antioxidant and can keep liver tissue healthy.

Castor Oil
Castor oil packs are great for enhancing liver function. They have been used for a host of ailments such as breast cancer, fibrocystic breasts, arthritis, colitis, constipation, epilepsy, headaches, hepatitis, hemorrhoids, and ulcers to name a few.

When using castor oil packs to assist the liver, apply them externally near the site of the liver by soaking a cloth with castor oil. Then heat the cloth in the oven and apply to the area. The heat will allow the oil to absorb into the skin. You can also use a roll on castor oil dispenser and then cover the area with a heating pad. Leave the pad in place for 20 minutes to an hour.

It is well documented that castor oil used topically can increase the production of white blood cells which improves immune function. It can also benefit the lymphatic system by encouraging toxins to drain through the lymph nodes.

Benefits of Colon Cleansing for Improved Health Colon cleansing occurs when accumulated wastes in the colon are purged and...
Read more
Cleansing

Herbal Internal Cleansing Herbs can be very powerful. There are a myriad of uses for herbs. They are used...
Read more
Cleansing

Performing a Gallbladder Cleanse To eliminate gallstones from the body, it is often effective to do a gallbladder cleanse....
Read more