Brew the Perfect Cup of Tea with a Tea Infuser 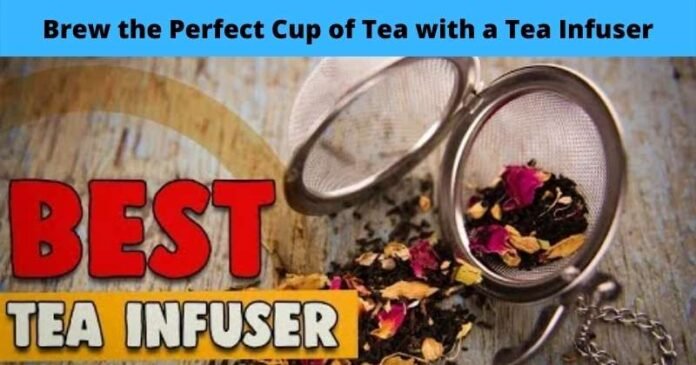 Brew the Perfect Cup of Tea with a Tea Infuser

Some say goodbye to pre-packaged tea bags as they believe that the best cup of tea is made by directly steeping the tea leaves using a tea infuser. A tea infuser holds loose tea leaves while they brew. This allows the leaves to steep and expand infusing tea into the water.

With the myriad of teas available, the instructions for preparing the perfectly brewed cup can vary widely. If the tea brews for too long, you could wind up with a bitter cup of tea.

Many types of tea infusers are available. Some are spoons that are tong-like with a compartment to hold the leaves, while others are cups that strain the leaves out of the tea once the brewing process has completed.

A tea ball (also known as a tea egg) is thought to be the most classic of the tea infusers. This type of infuser is either oval or round in shape with two equal halves. Once the leaves are placed in the tea infuser, the halves are clipped together to form a ball. There is a chain attached to the tea ball allowing for ease in removing the ball out of the cup once the tea is prepared. The more convenient type of tea ball is derived out of a fine mesh. The openings in the mesh do not allow the sediment from the leaves to escape into the cup of tea. Tea ball infusers are available that have larger openings allowing sediments to get out. However, a tea strainer is needed for use with these infusers in order to remove them.

There are so many fine tea purveyors around these days. They offer fancy and decorative infusers that vary from the ordinary popular types of infusers. They sell infuser cups, which are becoming more and more popular for their ease of use.

A tea infuser cup will typically comprise of three parts: namely; the lid, the infuser and the cup itself. It can be made of plastic or ceramic and will fit snugly into the tea cup portion of the set. To enhance the flavor of the tea, place the lid over the cup while the tea is steeping.

To make a larger quantity of brewed tea, infuser tea pots can be used. These pots work the same way as the infuser cups but will prepare several cups of tea at a time.

Different types of teas require varying methods of preparation. For example, when you brew green tea in an infuser, the water used should not be quite at the boiling point. The leaves should steep in the water for about three minutes. As for a black tea, boil the water for about 5 minutes with the tea leaves steeping during the boil. For herbal teas, use water that is not quite at the boiling point as with green tea. However, steep the leaves for between 15 and 20 minutes.

Tea infusers can help you brew your ideal cup of tea. A quick Google search will uncover dozens of tea dealers where you can find a variety of infuser options.

Drinking Wheatgrass and Leafy Greens How do you pack a glass full of potent nutrients, vitamins and enzymes? Go...
Read more
Guides

Why You Should Grow Your Own Organic Vegetables

Why You Should Grow Your Own Organic Vegetables The last several decades have brought about important changes to our...
Read more
Guides

Body Detoxification with Basil Basil is widely used in cooking today and has become one of the most popular...
Read more